Sirius Coyote was formed in 1986 when Giovanni, Kathy and Dennis met at a local arts fair in Middletown, CT. They were each selling their hand crafted musical instruments and stroke up a jam in the lobby of the sales room. That started regular sessions of rehearsing, exploring, recording and performing in NYC and CT. Eventually they began to market their performances in coffee houses, museums, parks, festivals, schools, and just about anywhere they got a chance to perform. In 1995 they joined Young Audiences of CT’s roster of arts in education programs receiving the honor of artists of the year in 2000. They have performed in the US and Mexico and released three CDs and numerous other recordings under their own label. They continue to perform, write, and record their original and cover tunes and have been joined by outstanding musicians on stage and the studio, lately they perform with Dirck and Fre whenever the venue calls for the larger band, though typically they perform as a trio, or duo.. 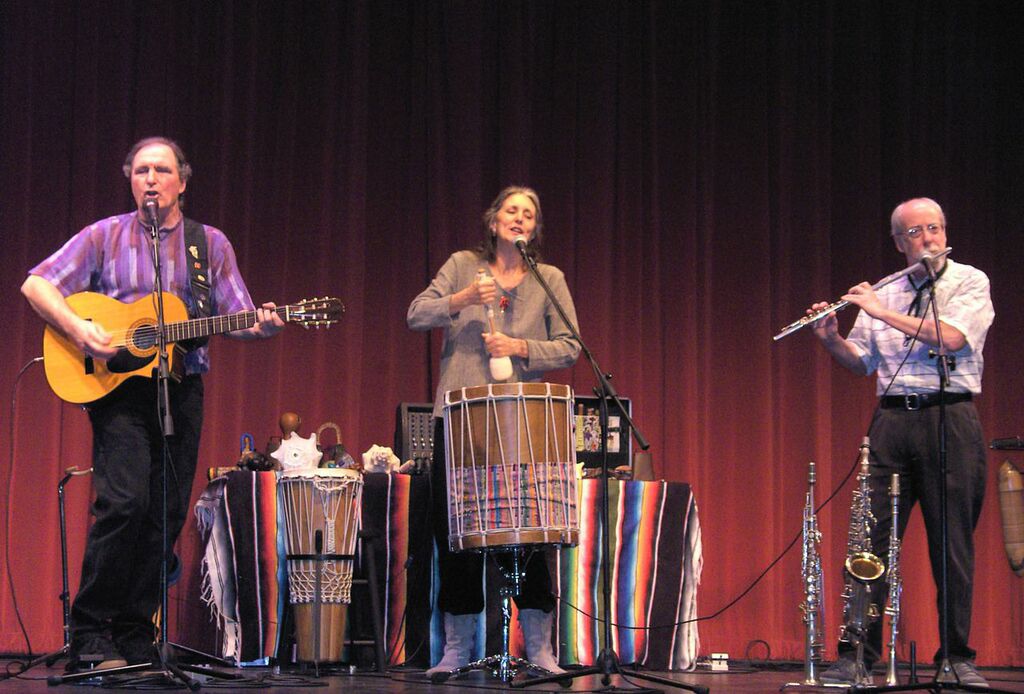